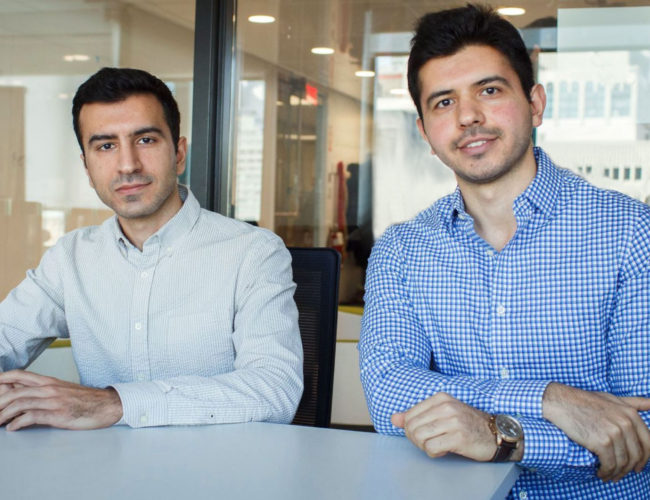 Farshad Mirshafiei was an engineering Ph.D. student at McGill University, specializing in earthquake and structural engineering. While completing his studies, he came to realise that Montreal buildings were not prepared for earthquakes.

After investigating systems for assessing a structure’s resistance to earthquakes, the solutions used were complex and expensive. Farshad and Mehradad Mirshafiei came up with the idea of producing a sensing-based platform that could provide an accurate and rapid assessment of buildings at a fraction of the cost. It became evident for the founders that they could build a company after having spoken with many experts that encouraged them to commercialize the technology they developed.

Initially, Sensequake developed a solution that places sensors on a building, which pick up vibrations that are then analyzed through their algorithms. In this way, Sensequake can predict how a structure will react during an earthquake: whether it will be safe or damaged.

Public safety and the economic impact that could be caused from earthquakes can be devastating. For the team, it is clear that prevention is better than cure. Their technology can uncover future problems with a bridge, a building, a viaduct, during or after its construction. They can measure symptoms, just like in a doctor’s office. After successful implementation of their Larzé technology, Sensequake has developed several other products and has expanded their sensing-based structural analysis offerings.

Sensequake has developed three technology streams: Larzé, ShakeZone and ShakeLog. These technologies can be used for vibration monitoring and long-term health monitoring as well as structural integrity evaluation, finding hidden issues and seismic evaluation. Sensequake technology has been used on many landmark projects all across Canada such as Canada’s parliament buildings, the new Champlain bridge and Supreme Court of Canada. Sensequake has worked with well-known clients such as Public world of Canada, HydroQuebec, WSP, TY Lin, CIMA+ and Natural Resources Canada. Engineering firms around the world are partnering with Sensequake to offer sensing-based solutions to their local customers. At the moment, Sensequake has partners in Los Angeles, San Diego and Texas.